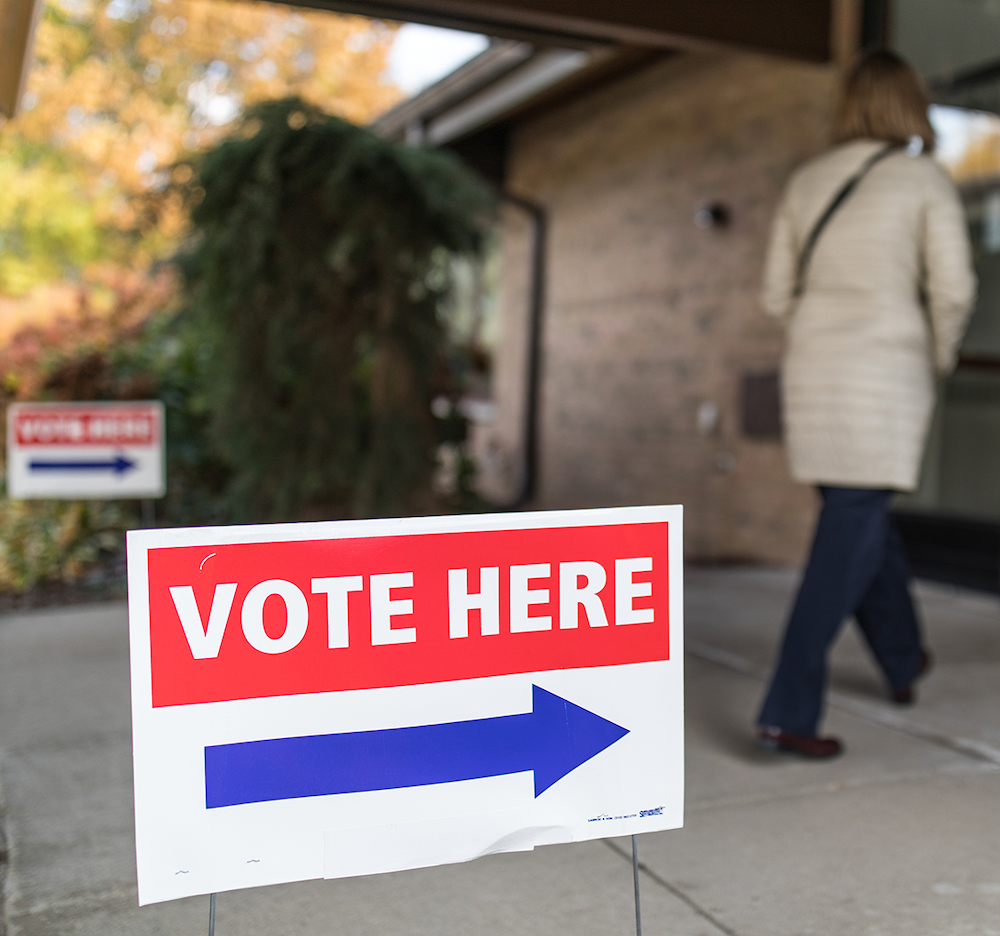 UPDATE (Sept. 25 at 12:10 p.m.): After running the first edition of this story, we have more information to bring you regarding voting in the Nov. 3 elections. Here is some updated information that has been confirmed by the City of East Lansing and election workers.

If I already requested a mail-in ballot, can I just not use it when it arrives and go vote in person instead?

Yes, you can still vote in-person, but you should bring your ballot with you to the polls. You will need to give the absentee ballot to a poll worker in exchange for receiving an in-person ballot.

What if I lost my mail-in ballot, threw it away, or never received it?

In this situation, you may still vote in person. The precinct chair will call the City Clerk’s office to confirm that the absentee ballot has not been submitted. Once confirmed, you will need to sign an affidavit swearing that you either (1) never received your ballot or (2) threw it away or lost it. After signing the affidavit, you will be able to vote in person.

ORIGINAL ARTICLE: Today, September 22, is National Voter Registration Day. To mark the occasion, ELi is answering many of your voting-related questions.

We reached out to City Clerk Jennifer Shuster for answers and have also incorporated information from the City that was provided in its press release marking National Voter Registration Day.

How do I get an absentee ballot?

According to the press release, “The City Clerk’s office has mailed AV ballot applications to all registered voters who haven’t applied for a November ballot using grant funds awarded by the Center for Tech and Civic Life.”

How do I submit my ballot?

Voters can mail in their ballots or submit them at several locations. Those using the postal system are advised that the Clerk’s Office is providing “pre-paid postage return envelopes” for those submitting by mail.

Drop boxes for ballots are also available outside City Hall, at the MSU-CATA transportation hub on campus on Shaw Lane, and at the Department of Public Works at 1800 E. State Road.

If I already requested a mail-in ballot, can I just not use it when it arrives and go vote in person instead?

The short answer is yes.

Shuster explains in-depth: If a voter who received an absentee ballot arrives to vote in person, the “precinct chair will verify with the clerk’s office that the absent voter ballot was not turned in as voted and issue a precinct ballot once the voter signs an affidavit and the clerk’s office spoils the original ballot in the Qualified Voter File.”

Will there be voting lines for people in vulnerable populations?

No special voting hours will be available for vulnerable populations. Polls will be open on Tuesday, November 3, 2020 from 7 a.m. to 8 p.m.

What are generally the best times to show up to experience a SHORT time wait?

Voters can expect the lines to peak early in the morning before people go to work, during lunch time and when people leave work at 5 p.m.

But, according to the press release, voters can visit the Clerk’s Office beginning September 24 to vote early.

Early voting will also be available at a satellite location opening on October 5 at the East Lansing Hannah Community Center.

If I vote absentee, when will my vote be counted?

According to Shuster, “absent voter ballots will be tabulated by the East Lansing Absent Voter Counting Board on Election Day.”

If I vote in person, when will my vote be counted?

“In-person ballots are tabulated when the voter places their ballot in the tabulator at their polling location on Election Day,” explained Shuster. “They will receive a message on the tabulator that their ‘Ballot was cast successful.’”

If I vote by mail, can I track to see if my ballot has arrived?

Check out www.mi.gov/vote and click on “Your Voter Information” to track your ballot. Alternatively, you can contact the City Clerk’s Office directly. The National Voter Registration Day press release states that the City Clerk is implementing the “TrackMIBallot election mail tracking system for AV [absentee voter] ballots.”

If someone votes twice (mail and in person), how do you make sure you don’t count both?

“The Michigan Qualified Voter File does not allow us to issue a second ballot number to a voter without spoiling the first one,” Shuster said. As explained above, anyone who received an absentee ballot and attempts to vote in person will have to go through a specific process at the polling station to verify that they have not yet voted.

What else should voters know?

Shuster recommends voters should make a plan and be prepared.

“Now is the time for voters to make sure their voter registration information is up to date and make a plan for Election Day, whether that is voting by mail, voting early in-person or voting in-person on Election Day,” she wrote.

“Those with a Michigan driver’s license or state ID card, may register, update their voter registration information and apply for an absent voter ballot online at www.mi.gov/vote. Starting on October 20th, voter registration must take place at the local clerk’s office with proof of residency,” she continued.

educate the community and students on registering to vote and options to vote absentee.”

For Readers Wanting to Meet the Candidates

Some ELi readers have asked where they can find information on the candidates. ELi is covering only the East Lansing-specific elections. This year, that’s only the three open spots on the East Lansing Board of Education trustees.

The Lansing State Journal spoke to many of the candidates for countywide elections in advance of the August primary. Find out what the candidates had to say here.

A full list of every election being held in Ingham County—provided by the Ingham County Clerk’s Office—on November 3 and the candidates running can be found here.

The Michigan Secretary of State Voter Information Center also allows you to check on your voter absentee status and find drop boxes here.

Only ELi brings our community this kind of vital reporting. A quick donation will keep this important public news service coming!

Emily Joan Elliott is ELi's Acting Executive Director and Publisher. She reports for ELi on everything from public health to City Council decisions to East Lansing Public Schools. Her reporting for ELi frequently covers issues of community disparities. Click here to read more about our staff.