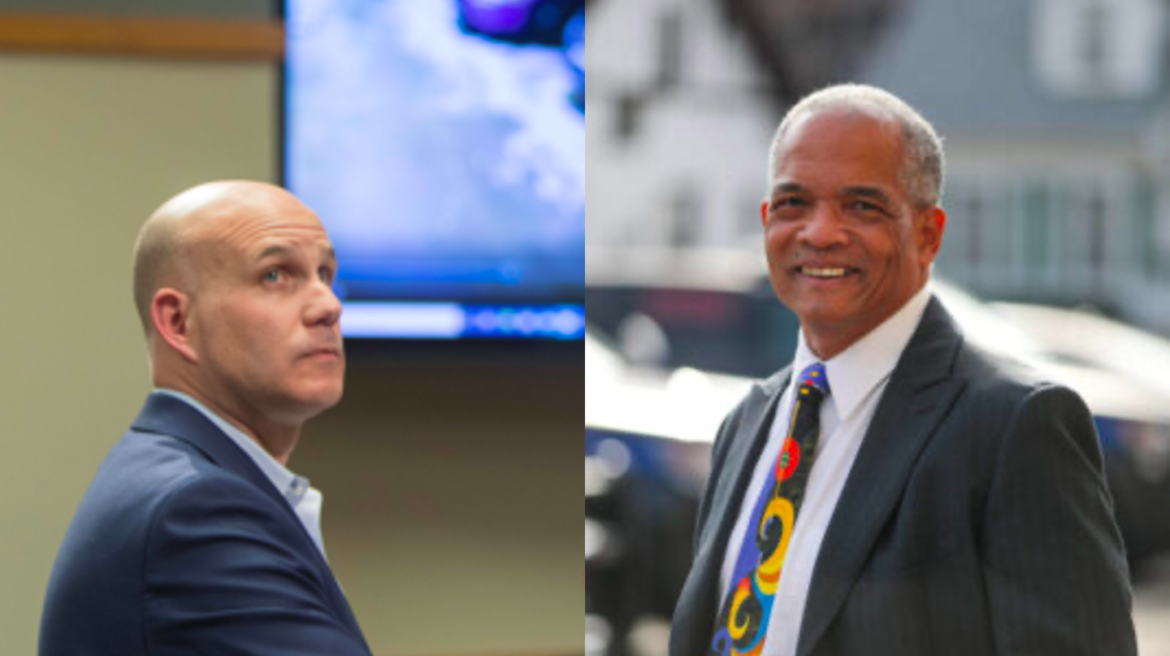 “I can’t even remotely state my gratitude to this community that has put forth so much effort in regard to not only activism around this issue, but putting in the work to make this basically impossible task possible,” said Mayor Aaron Stephens at the July 13 meeting, where the measure passed. “We’re at a great point in this City to be passing this ordinance.”

Other Council members echoed Stephens’ sentiments, as did Police Chief Kim Johnson, who referred to the creation of the commission as a “huge accomplishment.”

“We are looking forward to working with the oversight commission,” Johnson told Council. “Those recommendations are important to the Council, so they of course become very important to us and we’re going to be abiding by those through our ability.”

Though Council voted as one to approve the oversight commission, debate over other policing issues became heated.

At Tuesday’s meeting, Council member Lisa Babcock moved to shift Agenda Item 3.11 – which was about the approval of a “Fair and Impartial Policing Consultation Contract” – from the consent agenda to the business agenda to allow for discussion.

The contract up for debate was one with the CNA Corporation, a Virginia-based nonprofit consulting firm, for a year-long analysis of policing in East Lansing that would begin in August of this year and cost the City approximately $110,000.

In a memo to Council, Chief Johnson explained, “This consultation will provide the police department an independent analysis to ensure departmental policies and practices result in fair and impartial policing within the community. The analysis will focus on traffic enforcement, implementation of an employee early intervention system, and police training.”

ELPD presented the 224-page contract and proposal to Council for approval at Tuesday’s meeting after a call for proposals in March led to the staff’s selection of CNA.

Johnson and Deputy Chief Steve Gonzalez spoke about what they see as the merits of CNA’s study of East Lansing.

He added, “They have direct experience at the national level of implementing 21st century policing projects. They’ve led nation-wide efforts to lead departments through implementation steps, to make sure those departments were hitting those benchmarks as required by the policing plan.”

Gonzalez also said ELPD was pleased with how CNA would conduct an internal review of ELPD but also include community input through “listening sessions” with the public.

All Council members were not immediately on board.

Babcock expressed concerns about approving the contract before members are chosen for and seated on the oversight commission and also the short time Council had to read the over long proposal before being asked for approval.

Babcock called police oversight “an issue that’s been of huge community concern” and stated, “I do think our oversight commission is the product of a lot of work and a lot of community demand and should have a role in this.” She requested more time to evaluate the proposal before Council made a decision.

Root argued that delaying approval of the CNA contract would give the yet-to-be-formed oversight commission and the public better opportunity to “engage” as stakeholders with the CNA project.

Ellsworth Etchison raised ongoing concerns about transparency between the City and the public, as well as questions about how successful CNA consultations have been with the other Michigan police departments.

Council member Ron Bacon was also hesitant at first to accept the CNA contract so soon, arguing it might make sense to delay the start, so the process doesn’t seem rushed.

“I want this to work,” Bacon said, citing potential ways in which the public could perceive flaws in the turnaround time of the process. “At least people will feel there is an extra layer of accountability they’ve been waiting a long time for. We weren’t able to rush that process [the creation of the oversight commission] so if we feel like we’re rushing this to meet artificial deadlines, that doesn’t make much sense.”

But other Council members countered these hesitations.

The start of the upcoming fall semester at MSU loomed over the discussion, as did the desire to give ELPD guidance sooner rather than later, to begin making specific changes to policing practices.

Mayor Pro Tem Jessy Gregg said, “We’ve got biggest incoming freshmen class in recent history. We have a class of rising sophomores that was denied their freshmen experience. We’ve got pent-up alumni that want to get back to tail-gaiting. It’s going to be pretty wild in East Lansing come August 30, so if we want to really look at the way that we police our community this is going to be a good test of that.”

“We’ve been putting a particular amount of scrutiny and pressure on the police department to improve. We’re looking at data on a monthly basis and we’re saying ‘improve the numbers’ and we want to understand them better,” Lahanas told Council. “Now we have a contract and we’re sort of thinking this is a management tool for the Chief to be able to manage his department and make those improvements and be able to have an extra and outside set of eyes with expertise in this area and now are saying to hold off potentially months and if we drop this…I think we’re going to be starting over again.”

After a failed motion to table from Babcock, the Council voted to unanimously accept the contract with CNA.

The Council ultimately voted 5-0 to approve the contract, with the provision that CNA regularly update the oversight commission on their progress and findings. CNA will also be asked to “onboard” the commission once its members are named and convened. The contract is set to begin this August and to run until July of 2022.

The City is planning to issue an invitation to apply for the oversight commission soon, with the hope of having Council choose the members possibly as early as August 10.

More than 1,000 donors make it possible for ELi to bring you the news. Join them by supporting ELi today!