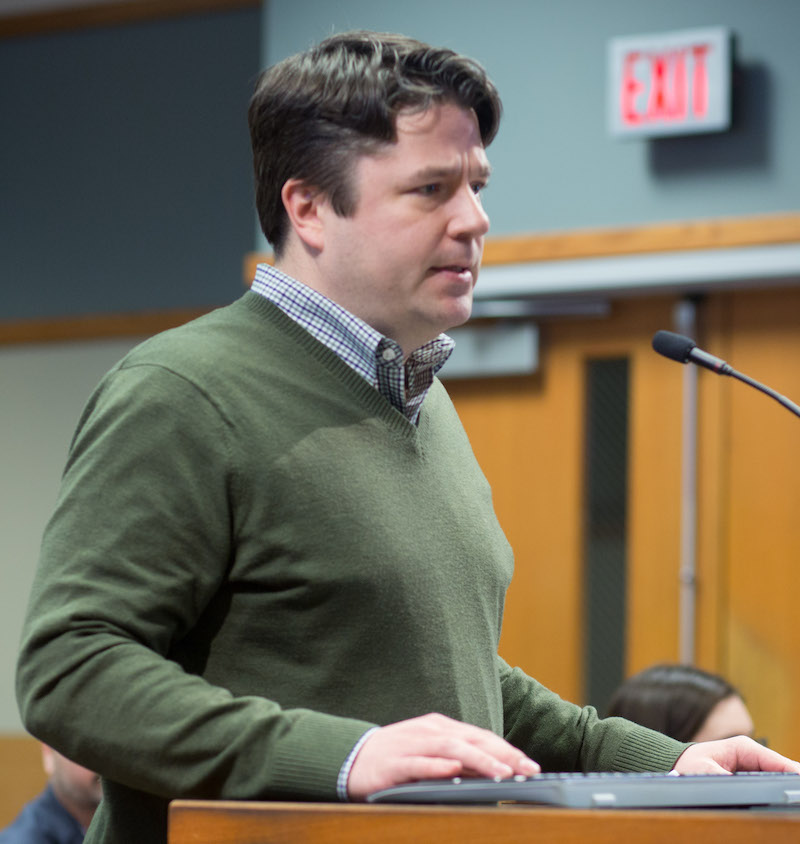 East Lansing’s Downtown Development Authority finalized rules Thursday evening for a new downtown business relief program that it had approved a week ago.

Brick-and-mortar businesses in the DDA district will have a three-day window to apply for grant funding next week, starting at 8 a.m. on Tuesday, May 5, and running through 11:59 p.m. on Thursday, May 7.

Successful applicants are expected to receive a check between May 18 and 20. The program will divide $250,000 among one hundred downtown East Lansing businesses, offering winning applicants $2,500 apiece.

The application will have a series of questions and will be scored based on economic distress (40 points), history and impact of the business in East Lansing (30 points), and uniqueness as a business in the downtown (30 points).

The City of East Lansing plans to have a viewable PDF of the application available today (May 1) so that applicants can start preparing to submit.

“We tried to come up with a plan that was both impactful and expedient,” said DDA Chair Peter Dewan at the meeting.

Dewan worked with DDA members Jill Rhode and Jeff Smith to come up with the draft of the criteria that were debated at yesterday’s meeting, which lasted almost three hours. In a press release issued late yesterday, the City called the process that has been developed “fair and impartial.”

To be eligible for the funding, businesses must have a physical presence in the DDA district, show a financial hit from the COVID-19 pandemic, have been affected by the governor’s orders restricting business, and not have been delinquent on payments to the City of East Lansing before the health emergency started.

A draft approach had weighted applicants based primarily on the impact of the COVID-19 crisis and the governor’s business shutdowns, but DDA member Lynsey Little Clayton pushed at yesterday’s meeting to shift the priority toward businesses that had long-standing presence in East Lansing.

Her reasoning was that such businesses had paid more into DDA’s special millage and consequently should have a better chance at getting money out.

Layton and DDA member Greg Ballein said repeatedly that they wanted to limit the information that businesses might have to disclose to the public through the Freedom of Information Act (FOIA).

In response, City Attorney Tom Yeadon provided information about how the DDA could and could not avoid releasing information from the applications under FOIA.

Yeadon talked about what methods he and other City of East Lansing officials had used in the past to avoid showing the public information about businesses seeking public funding in East Lansing.

Clayton and Rhode argued that the application should ask for a simple narrative of hardship. But Dillon Rush of LEAP insisted that several of the questions – such as those asking about revenues and employee numbers before and after the public health and economic crisis hit – needed to be included.

“There needs to be an objective way to do this with quantitative data. That’s essential,” Rush said. “Otherwise, it’s going to be very subjective, based on who can write better.”

The initial draft had weighted the score to be 60 percent based on the impacts of the crisis and 40 percent on other factors, but the approved rules are flipped, with only 40 percent based on economic distress. A section focused on working capital need was stripped altogether.

The applications will be judged by an eight-person panel, with representatives from the Capital Region Small Business Development Center, Capital Area Michigan Works, and LEAP, which is being paid $10,000 to coordinate the business relief program, building on another it had done in the region.

DDA member Mike Krueger, the owner and manager of Crunchy’s, recused himself from the vote and the discussion, as he may seek a grant for his business. [Disclosure: Crunchy’s financially supports ELi’s weekly news digest.]

Krueger successfully received financial assistance from the federal Paycheck Protection Program (PPP), but some of that funding may need to be repaid as a loan. Closing Crunchy’s doors has meant that Krueger has had to lay off many employees, and the PPP is aimed at paying for people, not other expenses.

Three other business owners on the DDA – Hackney, Ballein, and Clayton – said they would not be applying for relief from this program. (Clayton’s businesses are not eligible.)

The money for the program has been allocated from the DDA’s Project Development Fund, which comes chiefly from a special DDA property tax millage that covers the downtown core and the strip of businesses east of downtown along Grand River Avenue to Hagadorn Road. The money is typically spent on downtown beautification efforts.

“There’s no silver bullet when it comes to solving problems in a financial crisis,” concluded DDA member Jeff Smith. “I don’t see this as the end, but the beginning.”

The recording of the online meeting is now available for viewing. Information about the grants is being posted by the City at a special webpage.

Earlier in the day Thursday, East Lansing’s City Council voted unanimously to set two public hearings on a plan to use federal funding for small business relief – emergency funding that would not be limited to businesses located in the downtown. Those hearings are set to occur on May 12 and May 26. (Read more.)

See all of ELi’s special reporting on COVID-19.

Correction: This article originally said that the subcommittee had drafted an application; in fact that they had drafted eligibility parameters and grant criteria. The article was corrected at 8 a.m. on day of publication.

Chris Gray reports for ELi on East Lansing’s Government, including City Council, Planning Commission, and the Downtown Development Authority. He also does outdoor and environment reporting for us, covering parks and trails along with climate change issues. Click here to read more about our staff.