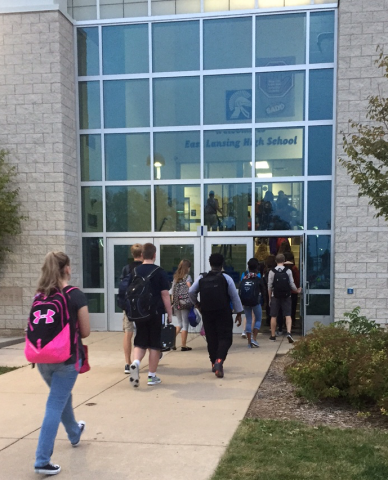 A public hearing on the matter will be held on Tuesday, Sept. 15, at the regularly-scheduled board meeting of the Ingham Intermediate School District. That meeting will start at 6 p.m. and will be held both in person and over the phone.

The in-person meeting will take place at 2630 W. Howell Road in Mason. Those who wish to listen and/or speak during the public hearing can also attend by telephone. The full meeting information, including telephone access codes, is posted here.

The Hawk Nest neighborhood has been growing quickly and steadily. According to Anne Hill, President of Hawk Nest, children who live there attend schools in many different school districts, and some are home-schooled.

Michigan’s Schools of Choice program allows parents to apply to have their children attend a district other than the one in which they reside, but admission to a non-residency district depends on there being space in the district of choice. Living in a district guarantees admission to a school in that district.

Common issues considered when people are considering which district to be in include: school rankings; school district opportunities including athletics, extracurricular clubs, and Advanced Placement classes; demographics of the student body and staff; and tax rates.

The ELPS has a relatively high tax rate presently because of a series of millages, including the millage to build new elementary schools. Districting can in turn impact property values.

ELi will be covering the public hearing and bringing more information as it becomes available.

Note: This article was updated on Sept. 12, 2020, adding the sentence: “Another part of the Hawk Nest neighborhood lies within the ELPS district.”