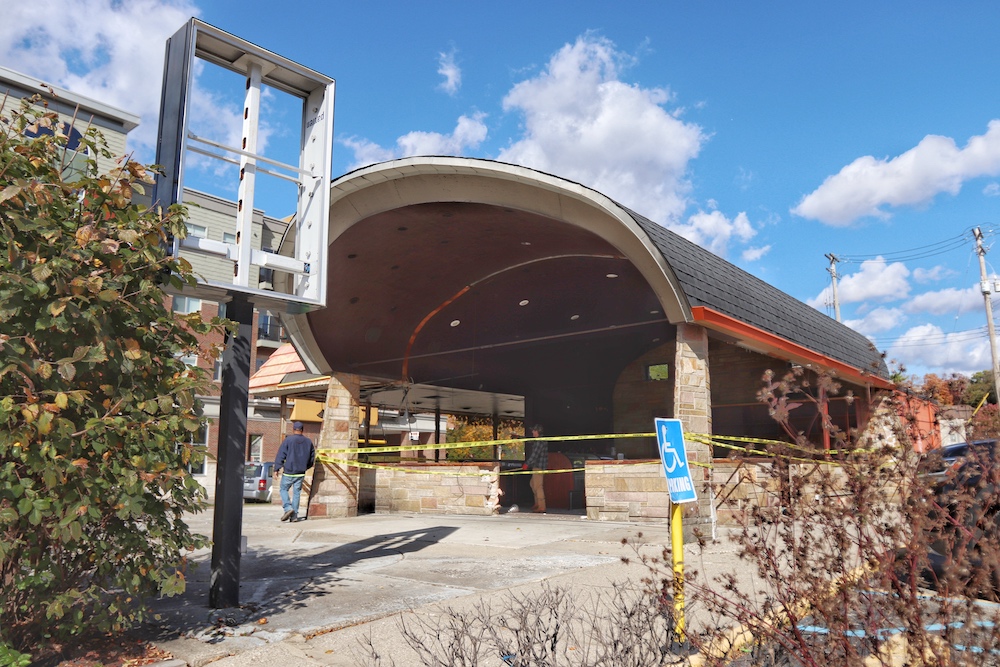 The building that used to house the original Biggby Coffee (then known as Beaner’s Coffee), located at 270 W. Grand River Ave., will be demolished as soon as next week.

Colin Cronin, Vice President and Co-owner of DTN Management, told ELi via email that after demolishing the building down to the existing concrete slab, DTN will rent out parking spaces there on a monthly basis.

DTN is offering the spaces to residents who live nearby — DTN owns the apartments across the street at 300 W. Grand River Ave. — but, Cronin said, with MSU not holding in-person classes, parking demand is currently lower than usual.

DTN will seek to obtain a demolition permit from the City of East Lansing next week, Cronin said, and will begin removing the building soon thereafter. At the latest, demolition will begin the week of Oct. 26, he said.

“The building was functionally obsolete, which prompted Biggby to want to move as it didn’t make sense for them to try and maintain the structure,” Cronin said. (Biggby recently moved across Delta St. to the “300 Grand” building.)

“I thought the abatement work would be all internal in the usual asbestos places,” Cronin said, “but apparently even the window glazing had to be removed, making the process much more visible. When Mike [Krueger of Crunchy’s] texted me yesterday asking the same question, I was curious how he heard about it. But when I drove by the site this morning, it made sense how he heard about it.”

The building, which used to be an Arby’s, is, in the words East Arbor Architecture Associate Amanda Harrell-Seyburn, “iconic, with an unapologetically exuberant, unrestrained design.”

Harrell-Seyburn wrote those words for City Pulse in May 2013 in a piece about the building.

The article continued: “The vaulted roof arcs over the structure sheltering the activity within, its weight supported by two stone pillars channeling the look of a Conestoga wagon. During the day, materials, textures and structural interplay draws the eye. At night, the building glows like a lantern. It is bold architecture.”

The piece concludes with a note from Susan J. Bandes, a MSU professor who was then the curator of East Lansing Modern at the MSU museum. Bandes’ overall point was that whatever comes to replace the old building should be informed by it, highlighting specific principles of the design like the patio that extended to the sidewalk.

“Rule of thumb: The replacement must be architecturally more significant than the previous. Period,” Harrell-Seyburn wrote at the end.

Cronin said there are currently no long-term plans for the site.

“We have kicked around a number of ideas over the last 12 months,” Cronin said, “but are not actively working on anything for the site other than demo.”