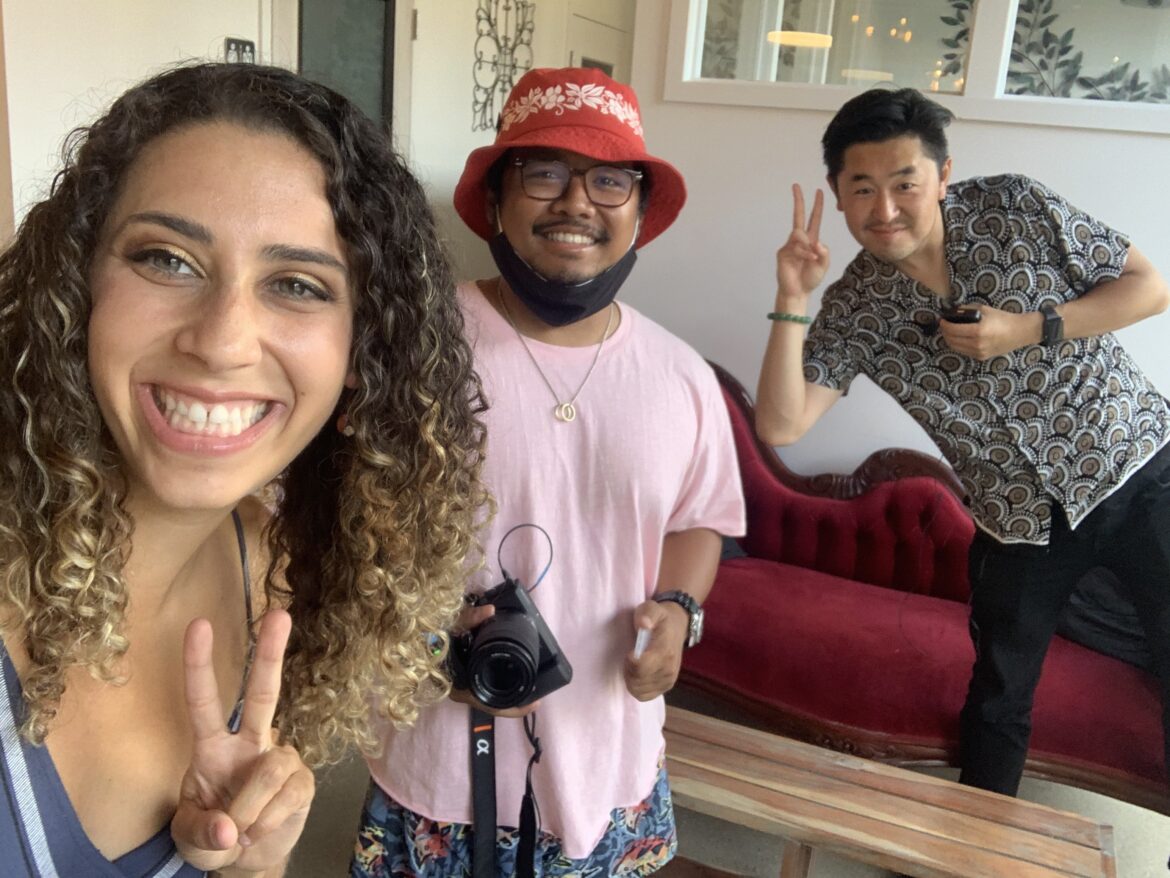 “Voices,” a locally-produced video series, aims to give a platform for marginalized community members, their stories, and life lessons. Designed to showcase diversity and multiculturalism, the YouTube series features poets, artists, and professionals and is sponsored by various businesses and nonprofits.

Host Alexis Rosado developed the idea after being inspired by one of Blue Owl Coffee’s owners, Nick Berry.

“When the George Floyd incident happened, he called me to check in on his friends of color. During that phone call conversation, we were able to talk about racism, and openly and candidly share that it’s a difficult conversation for white people, and a heavy one for those in the Black and brown community as well.”

Rosado has been the host of the Blue Owl East Lansing’s weekly open mic, The Mic Drop, since its inception over a year ago. Although the show did make a temporary transition to digital platform, Rosado and Berry both missed the safe space that they had created on a weekly basis.

Rosado sat down with a pen and paper and started thinking about how she could showcase voices that aren’t always projected loud and clear.

“I had to really think through how this could be powerful yet authentic, for not only the Black and brown community, but also for those who would listen…I thought, ‘In the midst of systemic racism, the voices that get pushed to the back are those who are the minority. What if we heard from women, Black, brown, Asian, Latino, etc., any community that hasn’t felt like their voice has been heard?’”

As the creator, director, and host of “Voices,” Rosado hopes to increase exposure, encourage conversations to take place between people who don’t look alike, help combat existing biases, and empower creative freedom for all.

Each episode—ranging from five minutes to 15 minutes—begins with a host introduction, followed by a specific performer or group featuring their art and a sit-down interview that pulls back the curtain to reveal their perspectives and experiences.

The first episode aired on Juneteenth and focused on the timely theme of racism with a poem by Rosado herself. “Posting it that day was a lot of heart, trust, and conviction that this was important—so fear needed to stand down,” she said.

The community project has five episodes released so far, and Rosado is hoping to book more guests who will provide insights to their experiences. Future episodes may feature members of the LGBTQIA+ community, Muslims, veterans, women in the workforce, and vision and/or hearing-impaired community members.

Blue Owl sponsored the first three episodes of the series.

“We wanted to give space and a platform that lasted beyond the news coverage, and was more than just a check in the mail. Something that is us standing with our friends to make sure the story is complete in its telling,” said Berry.

“‘Voices’ is that. So sponsoring this series became our way of continuing to be a space for our community to share their creations and stories together freely,” he continued.

“I see art as a historical document, and to be truly historical, it must have a representation of all our people,” Berry said.

“If you drive by our building, you will see “Experience Hope,” this is not a tagline, it’s a promise,” said Bassett.

“A huge part of making good on that promise is creating a platform for every soul to be celebrated. For every voice to be heard…When we heard the vision behind the work, it was a unanimous decision from our outreach board to support ‘Voices.’”

While each episode provides a platform to a unique voice, there is a commonality among them—experiencing prejudice and unfair treatment. Rosado hopes the series sheds light on stories that aren’t always front-page news.

“During this time, it’s like America is finally waking up, and potentially more willing to hear their experience,” Rosado said.

Sarah Spohn is an Arts & Cultures reporter for ELi, reporting on happenings around town. Click here to read more about our staff.